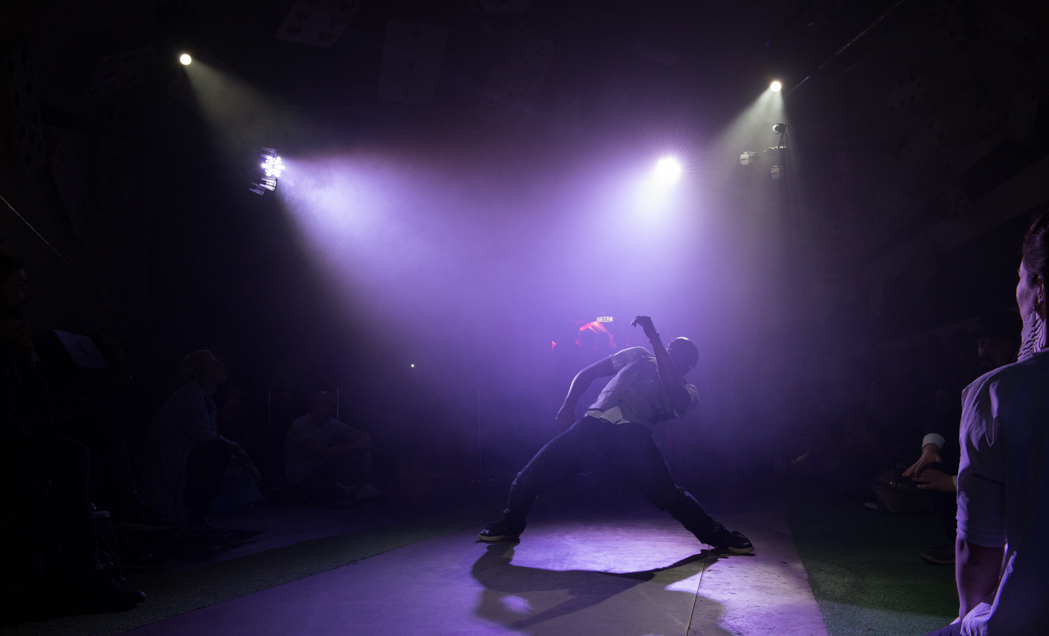 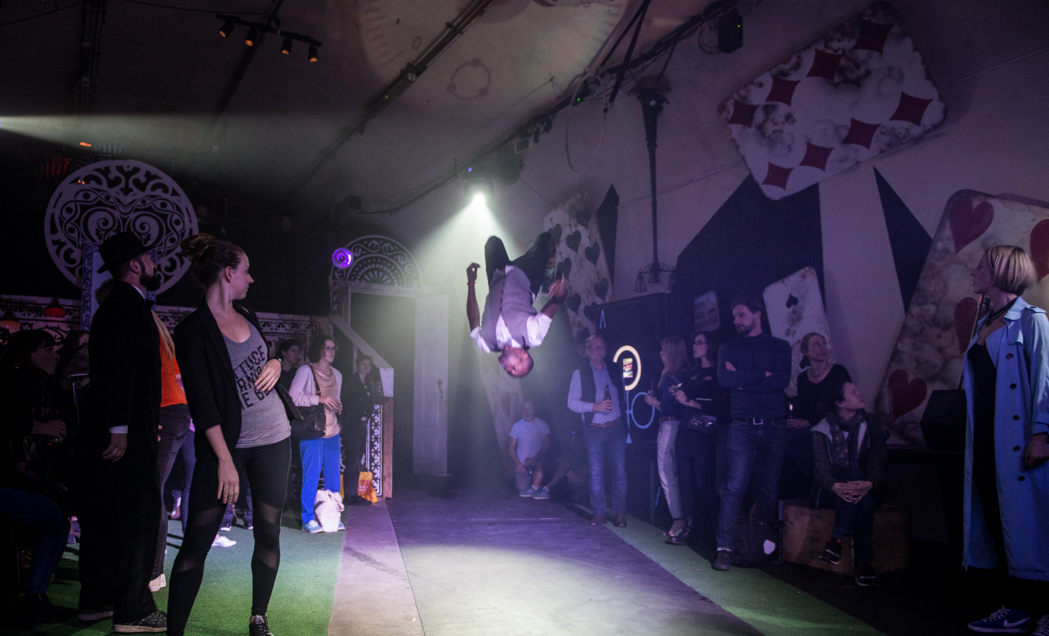 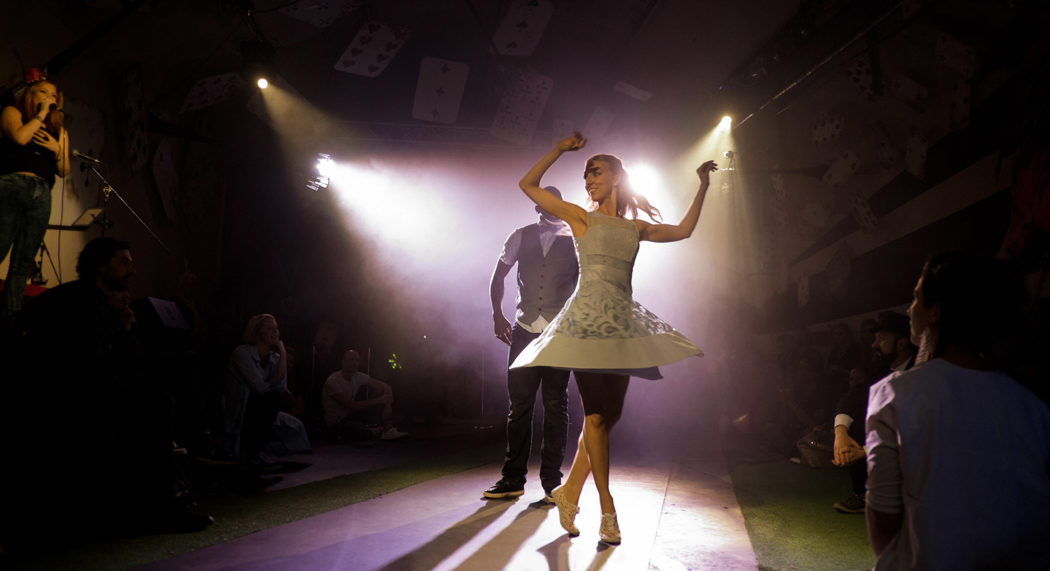 The Wonderland Sessions were a multi-art exploration of work and performances inspired by Alice, to celebrate the 150th anniversary of Alice In Wonderland. Celebrating Louis Carroll’s milestone in British literature, theatre company Les Enfants Terribles invited a variety of companies and artists into a theatrical space in the vaults under Waterloo station to present work. JLee productions was asked to provide an evening of work under the title of ‘Reinventing Alice’ We produced an immersive evening of collaborative performances by a ballerina, breakdancer & walk about projection artist, all accompanied by live original music from Danilo Waldo & UK champion beatboxer Grace Savage.